UPDATE: On April 25, 2019, Galal El-Behairy was conditionally released from the Civilian Court case that he faced because of his art. However, he remains imprisoned, serving the 3 years sentence in prison given to him by a military court because of his unreleased book of poetry The Finest Women on Earth.

Galal El-Behairy is an Egyptian poet, lyricist, and activist. Throughout his career, Galal has employed his artistic voice as a nonviolent means of reimagining the future in a time of political tumult. Through his work he has brought up sensitive issues about women’s rights, free expression and the efforts of Egyptian citizens to determine their form of government. He is the author of books Chairs Factory (Masna’a El Karasy) published in 2015 and Colorful Prison (Segn Bel Alwan), 2017. He has written many lyrics for the singer Ramy Essam, among them one of his biggest hits Segn Bel Alwan. Most recently he collaborated on the song Balaha and was planning to publish a book of poetry, both of which caused him to be detained, tortured, and imprisoned unjustly for several months awaiting a court indictment. Galal’s poetry is an inspiring representation of the energy and hope of Egyptian citizens and activists in the past decade, from the chants of protesters challenging authoritarian regimes to the lyrics of songs performed during the Arab Spring in 2011 and after. It is also a cautionary tale of the risks artists take within a state that constantly attempts to repress dissenting voices through censorship and imprisonment.

On February 26th, 2018, a month prior to Egypt’s presidential election, exiled Egyptian musician and activist Ramy Essam released the song Balaha. The song featured lyrics written by El-Behairy that criticized the current state of the economy and levels of corruption. The release of the song was a courageous action for all those involved in its creation because dissidents, especially free speech activists, were being harshly persecuted, prompting many artists to self-censor to avoid persecution. Notable in their willingness to speak their personal truth despite the risk of persecution, the artists behind Balaha have gained both positive and negative international acclaim. Speaking about Balaha, Essam stated, “We wanted to start a dialogue about where Egypt is now and where it could be. Our art is not created to make people fight. It is music, it is how we feel. It is a song.”

El-Behairy had planned to release his latest book of poetry, The Finest Women on Earth (خير نسوان الأرض) this year. According to Galal, the book is his testament to “the value of women and of their good deeds in this world.” He focused on the strength and perseverance of women in Egypt, who he feels face unique pressures while ultimately being responsible for the success of the men who make up the majority of the country’s workforce. In an addendum on the back cover of the book, he admonished the current public attitude in Egypt regarding terrorism and conflict plaguing the Arab World. He condemned the silence surrounding events of recent decades as counter to the valor, honor, and respect he was taught from a young age. Despite having permission to publish the book and having already printed the first edition, El-Behairy was never able to release the book.  The book’s publisher, Dar Da'ad Publishing and Distribution, terminated their contract with El-Behairy and publicly stated that the press’s agreement to publish the work did not imply its agreement with the book's content. In a statement of defense of this book of poetry, El-Behairy wrote, “Each one of us loves their country and each one of us fears for their country. However, each one of us has a personal vision that does not contradict the country’s interest.”

Despite the conciliatory statement made around both the release of the music video and the publication of the book, pro-state media quickly initiated a smear campaign against both Essam and El-Behairy. Two days after the release of Balaha, on February 28th, Egyptian Minister of Culture Enas Abdel Dayem publicly denounced El-Bahairy on live television, specifically noting the book of poetry, The Finest Women on Earth. Three days later, on March 3rd, El-Behairy was arrested and his family did not know of his whereabouts for a full week until he appeared before the High State Security Prosecution. He exhibited signs of severe beating and torture, and the Prosecution ordered him to undergo a forensic medical examination, however, the findings of the examination have yet to be shared with either the public or his lawyer. El-Behairy was told he was facing charges by the Military Court involving both content of his yet to be released book and the lyrics of Balaha, for their criticism of the current government. In addition to the military court case, Galal is being investigated by the high state-security prosecutor. Charges against him include being a member of a terrorist group, spreading false news, the abuse of social-media networks, blasphemy, contempt of religion and insulting the military.

Attempts to stifle the effort of artists, activists, journalists and citizens is not a new development. During the Arab Spring, Egyptian police frequently countered the artists’ nonviolent activism with violence. Essam, a singer and activist, is nicknamed the “Singer of Tahrir Square” and the “Singer of the Revolution” for his influential role during the Arab Spring. The artist conceived the anthem for protesters in Tahrir Square in 2011, reworking protesters’ chants into lyrics. The song, entitled Irhal (Leave), urged then-president Hosni Mubarak to resign. Conceiving such an influential song—which was selected by Time Out in 2011 to be the third-most world-changing song ever—was a double-edged sword. The song galvanized hope in thousands of protesters in their participation in the revolution, but Essam, in consequence, suffered brutal beatings and torture by the Egyptian army. His songs were banned and he was no longer allowed to perform publicly. Essam was finally forced into exile in 2014 in Finland, where Perpetuum Mobile’s Artists at Risk (AR) program organized a residency for him in 2014 and 2016, and then Sweden, where the International Cities of Refuge Network (ICORN) provided him with an artist residency 2014-2016. An arrest warrant was issued against Ramy by the high state-security prosecutor for Balaha.

“We wanted to start a dialogue about where Egypt is now and where it could be. Our art is not created to make people fight. It is music, it is how we feel. It is a song.”

To this day, El-Behairy remains in detention under the High State Security’s charges of terrorist affiliation, the dissemination of false news, abuse of social media networks, blasphemy, contempt of religion, and insulting the military. In his first trial in the Military Court on May 6th, El-Behairy was informed his verdict would be delivered three days following, on May 9th. The Court later delayed the verdict until May 16th, and now the Military Court’s decision is expected on June 27th, which is El-Behairy’s own birthday. Despite being detained in Tora Prison in Cairo, El-Behairy hasn’t stopped writing. He recently wrote a poem entitled A Letter from Tora Prison that Perpetuum Mobile's Artists at Risk (AR) program published with a number of PEN centers—including Danish PEN, English PEN, Finnish PEN, French PEN, German PEN, Norwegian PEN, PEN America, Swedish PEN-- to draw attention to the case. In the poem, El-Behairy expresses his belief in collective action and hope for a freer Egypt in the future:

“I take my country in my arms

and talk to her

about all the prisoners’ lives… out there

beyond the prison’s borders,

beyond the jailer’s grasp,

and about man’s need… for his fellow man,

that could be borne

if everyone took part in it.”

In advance of the delayed verdict, the Perpetuum Mobile Artists at Risk program began an online petition to the Egyptian Minister of Justice, Minister of the Interior, Public Prosecutor, and Military Public Prosecutor calling for the release of Galal El-Behairy. The petition can be signed online by anyone and everyone. Additionally, a coalition of organizations--including several PEN centers, the Perpetuum Mobile Artists at Risk program, Safemuse, and Freemuse--released an open letter calling for all charges against El-Behairy to be dropped in both the Military Court and the High State Security Court. The demands of the letter include the fair treatment and safety of El-Behairy and his family while he remains in detention, as well as for the institution of the right to free expression in Egypt.

By Charlotte Foreman. Charlotte is an undergraduate studying Written Arts and Russian at Bard College in Annandale-on-Hudson, NY. She is grateful for her freedom to learn and create and aspires to help others preserve that same right.

PAST UPDATES: On June 31, 2018, the Egyptian Military court in Cairo sentenced El-Behairy to three years in prison and fined him 10 000 L.E. for his poetry. He was officially sentenced for insulting the military and spreading false news. El-Behairy had already served 150 days in detention waiting for his sentencing, which was delayed three times.

December 28, 2018, marked the 300th day of Egyptian poet Galal El-Behairy's detention. Read his new poem (in Arabic only) and take a moment to write him a message of solidarity.

On January 24, 2019, Galal El-Behairy, along with four other political prisoners, has been on a hunger strike to commemorate the 2011 Egyptian revolution and protest the injustice that remains in their country.

Join ARC in demanding El-Behairy’s fair treatment and release by clicking the buttom below to share our tweet or creating your own tweet in support of Galal El-Behairy with the hashtags #FreeGalal and #prisonersofbalaha and tagging @AtRiskArtists. 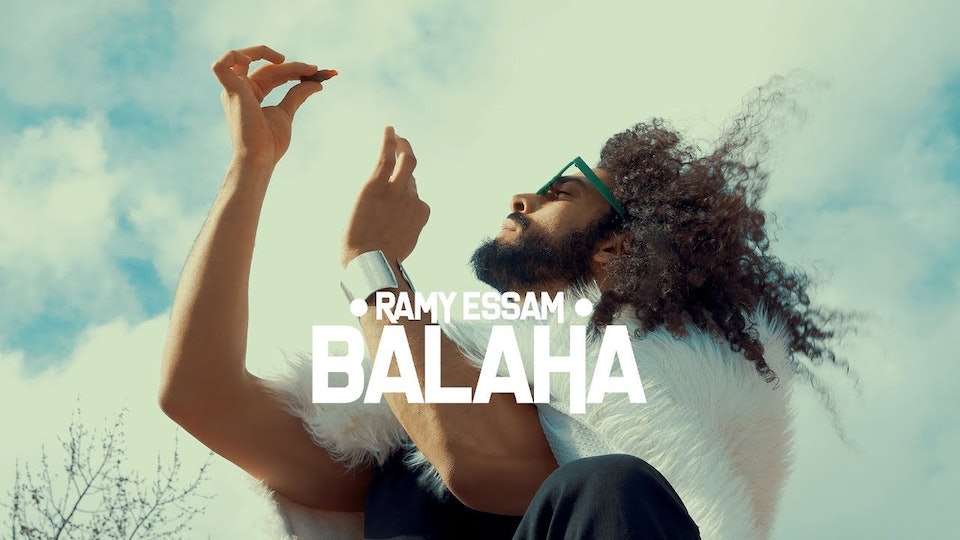 Ramy Essam's "Balaha," with lyrics written by Galal El-Behairy.
Thank you. You will receive an email confirmation.
Close