UPDATE: During the last week of January 2020, Cuban authorities arrested and fined Jorge and Nancy for the seventeenth time in six months. Read ARC and PEN America's statement. Italian cartoonist Gianluca Costantini drew a sketch (below) of Jorge and Nancy to bring awareness for the on-going harassment against the couple.

UPDATE: On February 7, 2020, Nancy Alfaya was summoned by police and classified as a person of high interest. She will have to report to the police every month.

Writer Jorge Olivera Castillo and human rights defender Nancy Alfaya have worked their entire careers to bring sociopolitical change to Cuba through fiction and poetry, journalism, and activism. Their refusal to abide by artistic and political repression under Cuba’s authoritarian regime, as well as their identities as Afro-Latinx Cubans, has made them direct targets of government attacks. Despite being arrested and imprisoned on numerous occasions, the two continue their work in hopes of bringing about democratic change and political and artistic freedom in Cuba.

Olivera Castillo grew up in Havana in the 1960s during a period of economic stagnation and repressive rule following the revolution. When he was 19, Olivera Castillo fought as a Cuban soldier in the Angolan Civil War. After his return, he began a career pursuing truth and justice through journalism and worked for ten years at The Cuban Institute of Radio and Television. However, after witnessing state-run propaganda and censorship corrupt reporting, he became disillusioned with communism and tried unsuccessfully to leave Cuba on a raft. When this failed, he instead began reporting for the Miami-based Radio Marti, a media outlet known for its stark opposition to the Castro regime. At the time, Cuba was experiencing extreme economic decline following the U.S.S.R.’s fall in 1991. Olivera Castillo’s writing served as a window into the daily realities of the nation’s instability, telling the stories of ordinary Cubans struggling to survive.

“I knew I was putting my head into the wolf’s mouth… But I couldn’t live a double life anymore. I was sick of the abyss between the official truth and the reality,” Oliver Castillo told the Harvard Crimson of his transformation into a dissident writer. After a decade of reporting on what he called “the other side of Cuba,”Olivera Castillo was arrested in 2003 a massive purge of 75 dissidents now known as the “Black Spring.” Olivera Castillo was charged with producing enemy propaganda and sentenced to 18 years in a prison not far from the U.S. base at Guantanamo Bay. After being held in solitary confinement for 9 months, Olivera Castillo turned to poetry and short stories as a means of survival. His health began to deteriorate and, in the face of mounting international pressure, he was released after eighteen months. However, his sentence was never commuted, and the long shadow of the Cuban government has never left him.

In 2009, Olivera Castillo was sent a prestigious invitation to Harvard as a visiting writer through the Scholars at Risk program, but it wasn’t until 2016 that Olivera Castillo was finally granted permission to attend the fellowship by Cuban authorities. Olivera Castillo has since published eight short story and poetry books which depict ordinary citizens navigating a government that strangles creativity and political opposition. One story, “Alive or Dead,” translated in the journal Words Without Borders, finds a man named Jorge dreaming of being pursued by unnamed, insidious forces. In the end, Jorge is awoken by a character named Nancy, only to find that the man from his dreams has arrived at their front door.

When Olivera Castillo was in prison, Nancy Alfaya was one of the central voices agitating for his release. Alfaya also been a stalwart defender of human rights throughout her career, with a specific focus on women’s rights. She and Olivera Castillo have known each other their entire lives, having grown up in the same neighborhood in Old Havana. They fell in love in 1997, and were married a year later. At the time, Alfaya ran female empowerment programs through her church. When Olivera Castillo was arrested in 2003, Alfaya’s activism took on a new tenor. Along with the wives, daughters, and sisters of other political prisoners, she organized peaceful marches and protests demanding the immediate release of their family members. As a sign of peace and justice, the women dressed in all white during protests, coining the group’s name, “Ladies in White.” Though this public dissent put their lives at great risk, it also served to raise awareness and unlocked new possibilities for other human rights advocates in Cuba. Alfaya is now considered a leading figure of the human rights movement in her country.

Olivera Castillo and Alfaya’s work as human rights defenders has never left the government’s radar. The couple of over 20 years continues to face significant threats from Cuban authorities. In the wake of Decree 349, a new Cuban law which gives authorities sweeping powers to regulate the cultural sector, the couple faces heightened risks, and Alfaya in particular has become an object of the regime’s ire. In the last few months alone, the couple has been arrested numerous times, often on back-to-back occasions. The Artists at Risk Connection (ARC) and PEN America first released a statement condemning the couple’s arrest on October 2, 2019 after the activists had experienced ongoing harassment by police since August.

Just weeks later, Alfaya was arrested while walking around Havana with Olivera Castillo without an explanation. Though Olivera Castillo attempted to join her, authorities forced him to stay behind. Olivera Castillo, with the support of other prominent Cuban artists and activists and the United States Embassy in Havana, declared her detainment a forced disappearance and called for her immediate release. After 24 hours, Alfaya was freed.

In the time since, the couple has been arrested or had their house surrounded by police at least four times. In each instance of arrest, Olivera Castillo has been promptly released while Alfaya has been taken to an undisclosed location, at times leaving her husband, friends, and family unaware of her whereabouts for more than 24 hours, before eventually being released miles from home. ARC and PEN America are continuing to monitor and advocate for the couple, and maintain their demand for an end to Cuban officials’ deplorable scare tactics. In spite of the mounting pressure to be silent, the couple refuses to back down in their fight against oppression through art and activism.

By Anna Schultz, December 2019. Anna is pursuing a B.A. at Sarah Lawrence College, concentrating on politics and history. She hopes to use her academic studies and her passion for art to advance sociopolitical progress and defend human rights. 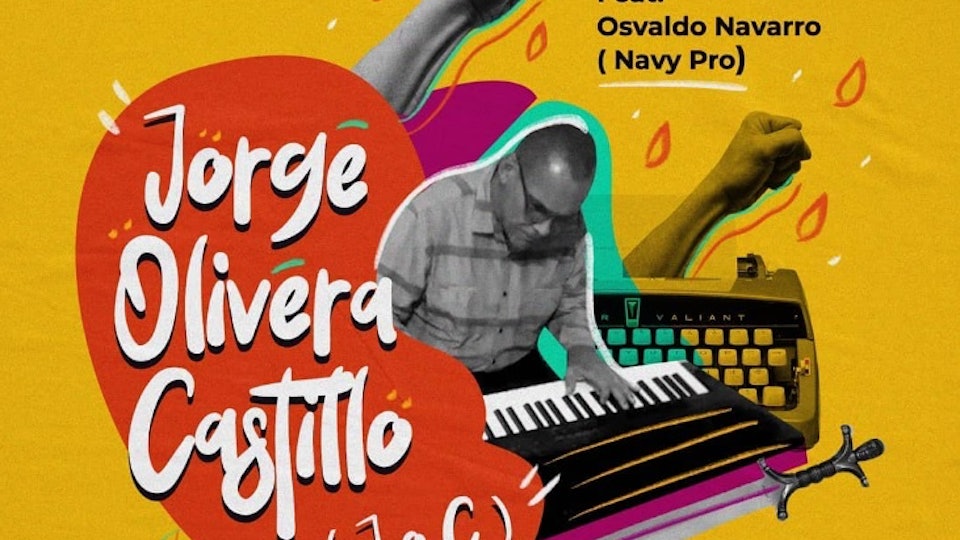 Read ARC's Whitepaper Report on Decree 349
Thank you. You will receive an email confirmation.
Close