City of Asylum, located in Pittsburgh, PA, is a sanctuary for endangered literary writers where they can continue to write and their voices are not silenced. At the same time that it supports artists under threat, City of Asylum creates a thriving community for writers, readers, and neighbors. It offers a broad range of literary programs for the community, and is continually expanding in scope and reach in order to promote the transformation of the cultural and economic life of Pittsburgh community as well as contributing to the development and promotion of literature and the right to free expression worldwide.

It all started at a lecture in 1997 when controversial author Salman Rushdie gave a speech in Pittsburgh as part of his re-emergence into public life and referenced the International Cities of Refuge (ICORN). Diane Samuels, a visual artist, and Henry Reese, an entrepreneur, were both in the audience and very inspired. It took many emails over the course of several years until ICORN eventually tasked author Russell Banks in 2003 with the expansion of the movement to the United States. In 2004, Henry and Diane opened the doors of City of Asylum, on their street, Sampsonia Way, in Pittsburgh’s Northside neighborhood. For many years, their home was the hub of programming.

The first year, City of Asylum welcomed the Chinese poet, Huang Xiang. Huang’s work had been totally repressed and banned in China. To celebrate his arrival in Pittsburgh and his freedom to publish without persecution, he created the calligraphy on the façade of his house in the expressionistic “grass style” that is his trademark. It includes selections from his poems. Huang Xiang’s House Poem led to the development of a series of houses on Sampsonia Way for use by writers-in-exile, each with a text-based artwork on the façade, called the house publications. These house publications have transformed Sampsonia Way --once a derelict row of houses and a hub for drug sales-- into a “public library” you can read while walking.

“The artists can stay as long as they need to provide stability and the ability to write, while they work to become independent.”

For two years or more, City of Asylum Exiled Writers Residencies program provides a home on Sampsonia Way, a stipend, medical benefits, and help in transitioning to stable independence while in exile. The program is highly effective: each writer hosted by City of Asylum has created a full-length work while in residence, and has been able to continue to write and publish. Horacio Castellanos Moya, Khet Mar, Israel Centeno, Yaghoub Yadali, and Tuhin Das are among the writers who have lived on Sampsonia Way.

Arts and artists are placed at the center of a community. In order to encourage cultural exchange with the community, over 125 free literary and art-based public events are organized every year at Alphabet City, once an abandoned Masonic hall turned into a multi-use facility for public programs that include a bookstore featuring works in translation and the restaurant Brugge on North. City of Asylum has grown into a dynamic arts organization that has showcased over 490 writers, artists and musicians from 70 different countries.

The program would not have been completed without a publishing arm. Sampsonia Way, publishes English translations of books by exiled writers, anthologies of contemporary writing from places where free speech is under threat, and is accompanied by Sampsonia Way Magazine, an online journal for literature, free speech, and social justice.

Endangered writers have the opportunity to build safe new beginnings not in isolation, but as part of a community. “The artists can stay as long as they need to provide stability and the ability to write, while they work to become independent.” Reese said. City of Asylum’s expansion has “evolved organically,” he added. The development of the project’s many programs is “a response to the way that the community and the writers have interacted.

City of Asylum is supported solely by the generosity of individuals and foundations, unlike similar initiatives in Europe which generally receive government funding. 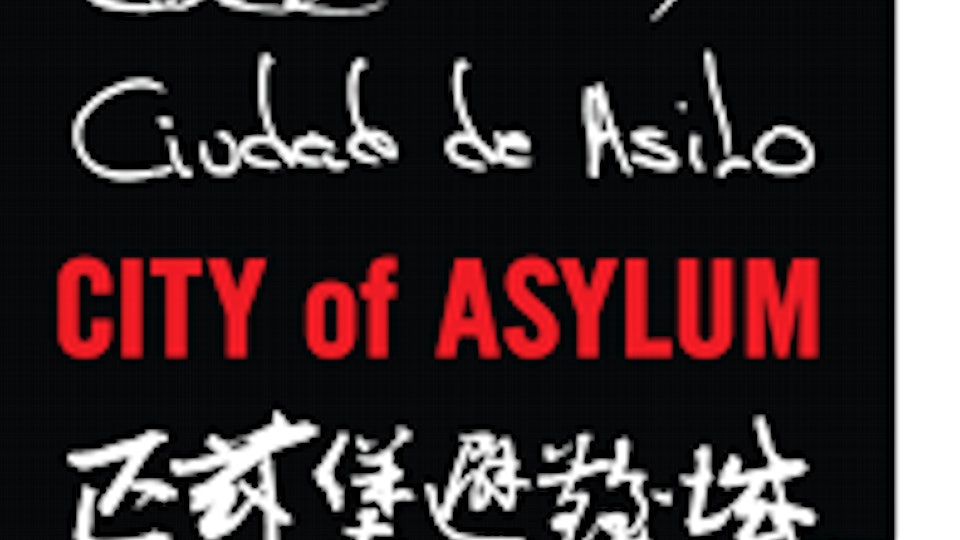 Copyright: This animation was created for City of Asylum by a team of student animators, led by Tyler Romanosky, in Prof. Pahl Hluchan's spring 2014 animation course at Point Park University in Pittsburgh, PA. Music (c) Oliver Lake, used by permission.
Thank you. You will receive an email confirmation.
Close